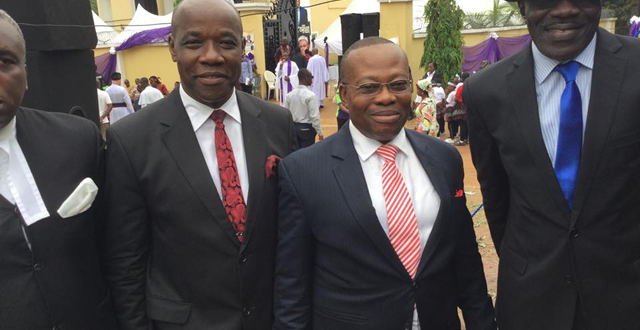 The Governor of Lagos State, Akinwunmi Ambode and 2nd Vice President of the Nigerian Bar Association, NBA Barr. Onyekachi Ubani were among the prominent persons that received this year outstanding media award.

While Governor Ambode was named the best performing governor in Nigeria, Barrister Ubani won the legal practitioner of the year award.

Ubani had won a similar award last year when he was conferred with award of best lawyer of the year for his outstanding contributions to the development of the legal profession.

Reacting to the award, Ubani said that the award signifies recognition for the little he has done and promised that this will act as a tonic for him to do more to preach and enthrone justice and equity to the downtrodden and helpless in the society.

‘To whom much is given much is required’, he concluded.

Mr Ubani is a popular host to a program “Know Your Right with Mr Ubani” which is aired weekly on Lagos-based Radio Continental 102.3fm.