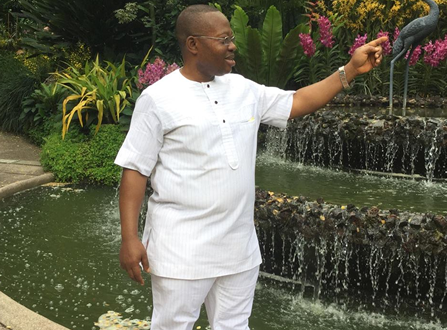 A former Chairman of the Nigerian Bar Association, Ikeja branch, Monday Ubani, tells ARUKAINO UMUKORO why the University of Lagos should give Olorunfemi Adeyeye a fair hearing

Are the authorities of the University of Lagos justified in rusticating Olorunfemi Adeyeye for his Facebook post?

Rustication is the highest form of punishment a university can mete out to its student. It means that a student’s academic career is terminated. It is a very grave punishment that should be used sparingly. I do not know what offence the student has committed to be rusticated. We have had cases where students who were rusticated were asked to be recalled to school when they decided to go to court, especially in cases where they were not given fair hearing. If the school has accused them of any crime, it should give the students all the necessary fair hearing as enshrined in the Nigerian constitution. And if they did not do that, then it is in trouble. In fact, it used to be the old law that if one is accused of a crime, unless one gets a conviction from a court of competent jurisdiction, one cannot take any disciplinary action against the accused. I do not know what the student is accused to have warranted rustication. There are other disciplinary measures the university can use to punish erring students.

The university claimed that his actions contravened the school’s laws and constitution, adding that his Facebook post maligned the institution and the vice-chancellor. What is your view about these claims?
If the UNILAG handbook says these are grounds for rustication, did it comply with the enshrined provision of fair hearing, since the issue is a constitutional one? Every citizen of the Federal Republic of Nigeria is entitled to a fair hearing before any disciplinary measure is applied. If all the provision of fair hearing has not been applied, then, the university may be in a big fix for rusticating the student. The student deserves a fair hearing since the university said his post on Facebook earned him rustication. Who stood in defence of the student before the school authorities came to the conclusion that the best form of punishment for him is rustication?

For what offence? I understand that those students were asked not to come within the premises of the university because of the issue. If that is the case, inciting the public or likelihood of a public breach of peace is a serious offence. I would not know what the students did to warrant arrest if there was no evidence to support the allegation. If they had not breached any law and their gathering was peaceful; because the constitution guarantees a citizen the freedom of association and movement. Unless that movement or gathering is for the sake of committing crime, then the police can pre-empt. But if there is no such likelihood or they have not committed any crime, then the police have no right whatsoever to infringe upon their rights or arrest them.

What is your view about the gravity of Adeyeye’s Facebook post in comparison to the punishment meted out to him by the university?

Our law allows people to freely express themselves, whether through Facebook or other forms of media, but people must express themselves within the ambit of the law. If one, in the process of expressing oneself, maligns a character or causes damage to someone’s reputation, then the law of the land would be applied accordingly. We have the Cybercrime Act which deals with such actions and there is a law against defamation.

Some people argued that the school authorities may have displayed high-handedness in handling Adeyeye’s case, citing some cases that pitted the school against its aggrieved students in the past. What is your take on this?

Most officers in the universities do not know how to deal with students most of the time. There is always the issue of a communication gap, and because of this gap, most times; there are unnecessary clashes and crises in our universities. I think most university administrators in Nigeria should undertake some courses on how to deal with their students on proper communication and relationship skills. I have heard of a vice- chancellor who, throughout his tenure, there was no single crisis in the university because of the way he effectively handled communication with the students and tackled crises.

There are better ways to approach and communicate with young students. I think UNILAG should soft-pedal on its enterprise of rusticating its students.

I would plead with the school authorities to really take another compassionate look at the situation, and see the affected students as theirs. If there is any penalty they should impose on them, it should not be rustication. A legal tussle between the school and the students would not do any good to the reputation of the university.

What do you think is the likely repercussion of the university’s decision?

I do not think it is a good thing. Proper handling and mature ways of dealing with the students would create a level of stability in the school and help students to study well. Also, has the university addressed the issues raised by the students? One of the reasons for stability of universities abroad is because of the provision of the needed infrastructure for students. The environment is made to be conducive to learning. The learning condition for students in Nigeria is nothing to write home about.